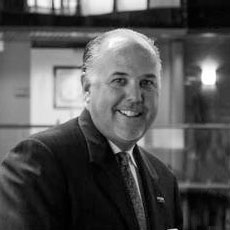 Raymond E. Ifert is the President and Founder of REI Wealth Management, LLC. Ray has been managing client relationships since 1986. He successfully built a Corporate Trust business for predecessors of Bank of America from 1986 from less than $100,000 in revenue to running three states and over $10 million in annual revenue in less than 10 years. In 1995, theCorporate Trust business was sold. Ray was then selected to manage the combined Private Banking and Trust divisions in 1995 for NationsBank in Tampa Bay. Ray was selected to move to Seattle in 1999 to lead the Northwest Region consisting of eleven offices in Washington, Oregon and Idaho. In 2002, he returned to Tampa as the Tampa Bay Market Executive and then retired from Bank of America in 2006. In 2008, Ray led a team of seven to start an office for BNY Mellon in Tampa. In six years, the office became the 2nd largest out of six offices in Florida and the fastest growing in three of the last four years. Ray received his bachelor’s degree in accounting from Valdosta State University. He currently is President of the Tampa Museum of Art Foundation and sits on the Board of Trustees and the Executive Committee. Ray is currently chairman of the Board of Trustees for the Academy of Holy Names, and a Board Trustee for Tampa Community Hospital.