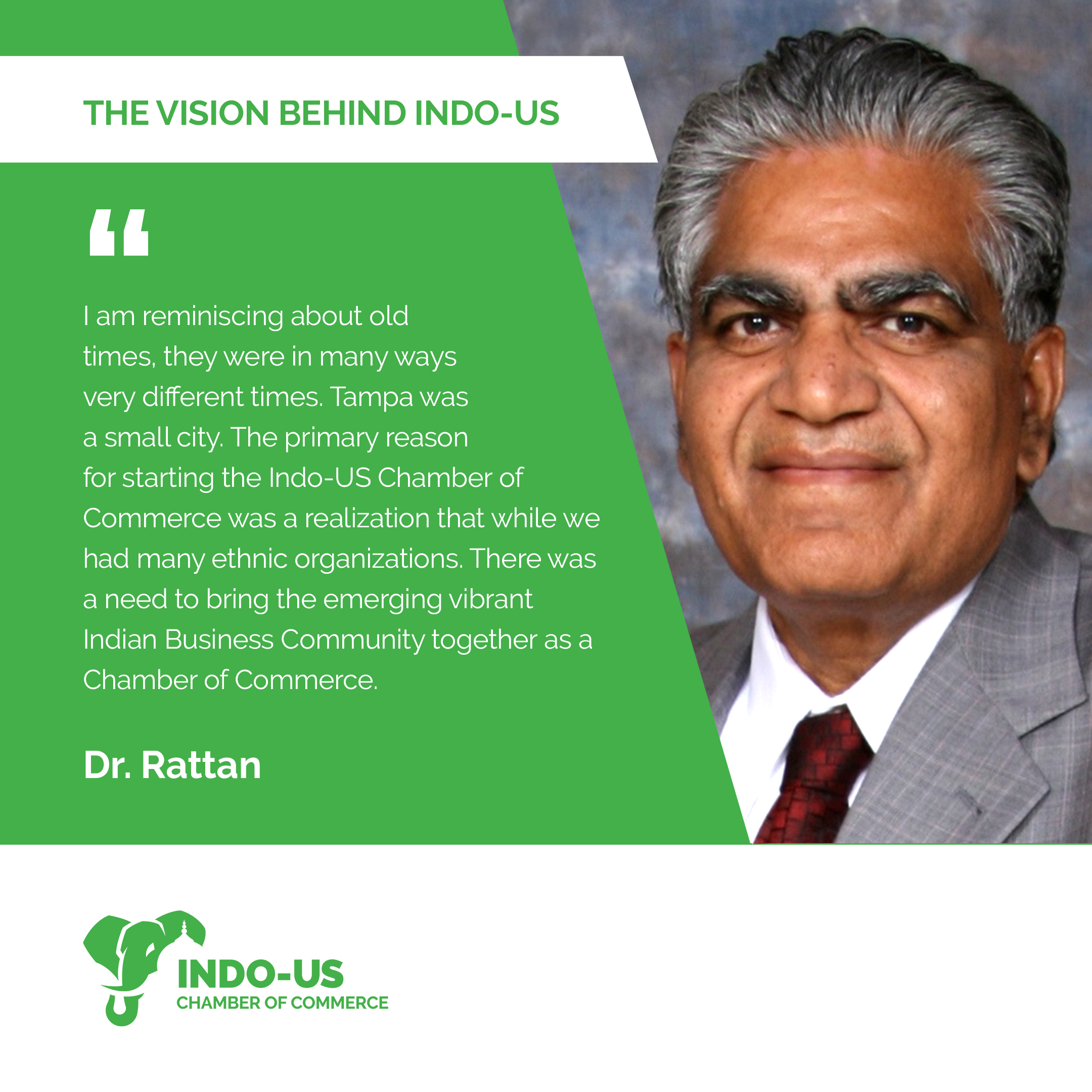 I am reminiscing about old times, they were in many ways very different times. Tampa was a small city. The primary reason for starting the Indo-US Chamber of Commerce was a realization that while we had many ethnic organizations such as Gujarati Samaj, Indian Doctors Association,(at that time called AAPSA) at present called FAPI, and many others. There was a need to bring the emerging vibrant Indian Business Community together as a Chamber of Commerce.

During our discussions, it became very clear that Indian Business enterprises were being guided into higher orbits by our younger generation, especially in the IT Boom. Indian owned Businesses had just started to grow into areas that had so far not been accessible to us. Growing from small Mom & Pop Motels into brand name Hotels, IT employs becoming emerging IT Companies, and small Medical Practices growing into Healthcare businesses.

We could feel that our young and energetic next generation, which grew up in the US and felt part of the local fabric, needed an anchor, a guide, and a body to deliberate the risks and rewards that come with any business especially in a free market economy so that they might both learn and teach something to the established enterprises. Thus was born the Into-US Chamber of Commerce.

I think our Chamber has delivered beyond my imagination and we are proud of its achievements.

The Tampa Bay area is a great place to live, work and do business. The local Indian-American community contributes significantly to the local economy. Tampa is also a city of rich cultural diversity and the many ethnic groups that share their heritage with Tampa enhance the quality of all our lives. It is a matter of immense satisfaction to us that over the years the Indian American community has become increasingly prominent with its contributions in the academia, research fields, business and various professions. 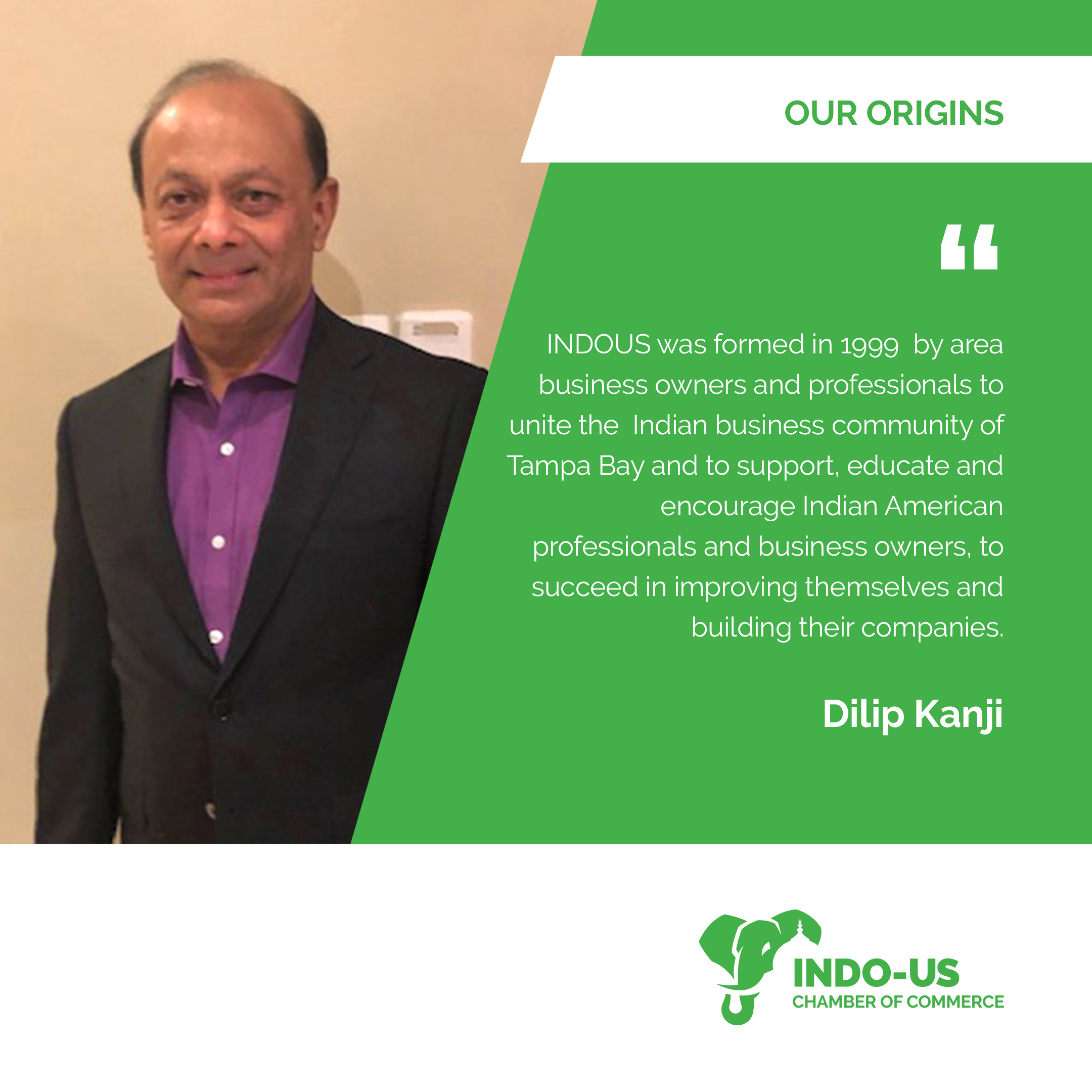 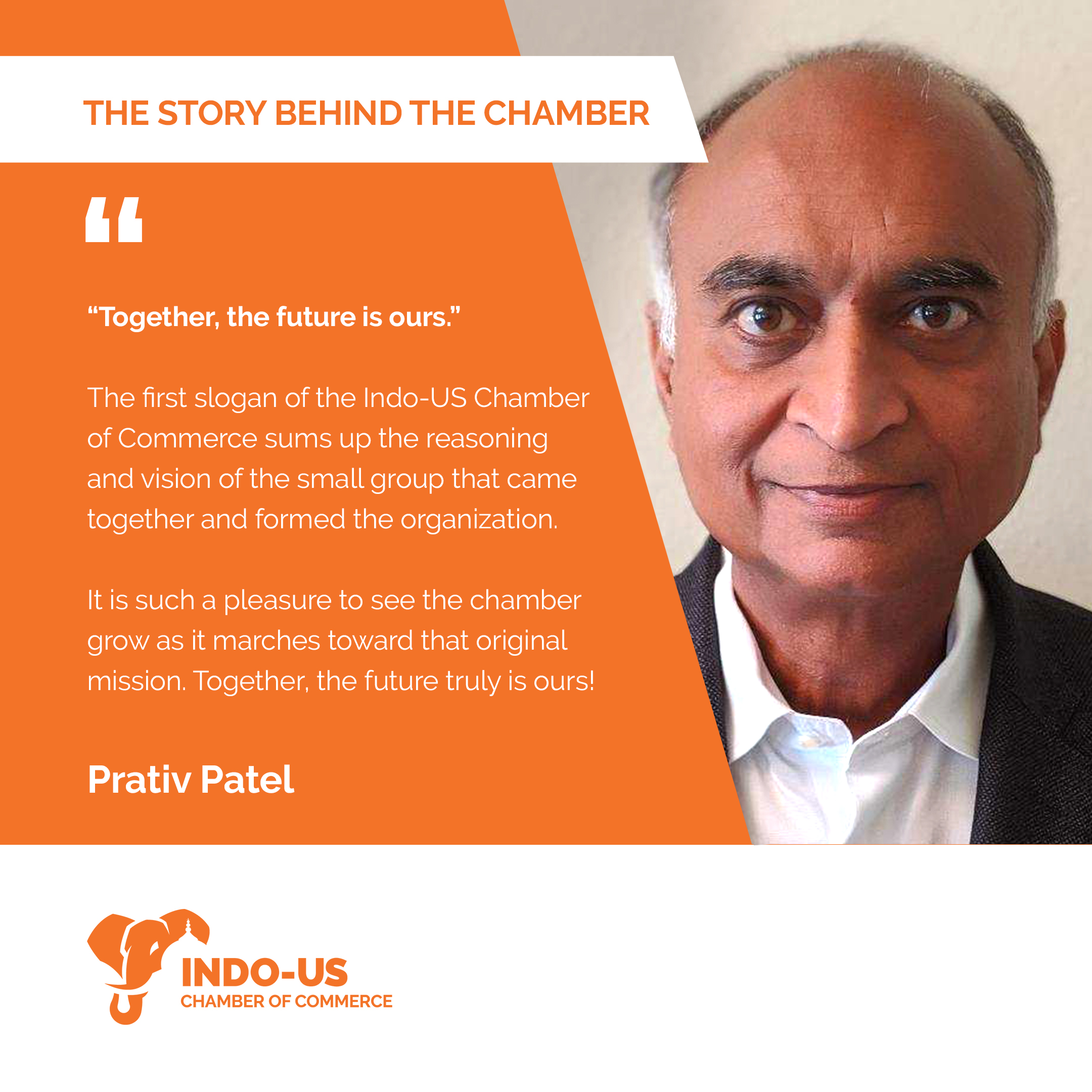 “Together, the future is ours.”

The first slogan of the Indo-US Chamber of Commerce sums up the reasoning and vision of the small group that came together and formed the organization. Consider the banyan tree, the namesake of the annual Banyan Ball. Starting from a small seed the banyan tree grows, with secondary stems / branches also taking root around that primary trunk. Soon, as the tree continues to grow, you cannot even distinguish the main trunk as the additional aerial roots become part of the main stem. A banyan tree can grow over 100 feet tall and spread over several acres! As such, we sought to create an organization with a strong, stable foundation that will flourish for years to come. As additional “roots” take hold, along with the existing support system, we as a community will also flourish with an expansive reach.

It is such a pleasure to see the chamber grow as it marches toward that original mission. Together, the future truly is ours!

The Indo-US Chamber of Commerce was founded in 1999 by Indian American businessmen and professionals in the Tampa Bay community. The goal was to create an organization that could afford like-minded individuals with an opportunity to work together, grow together, and learn from one another. 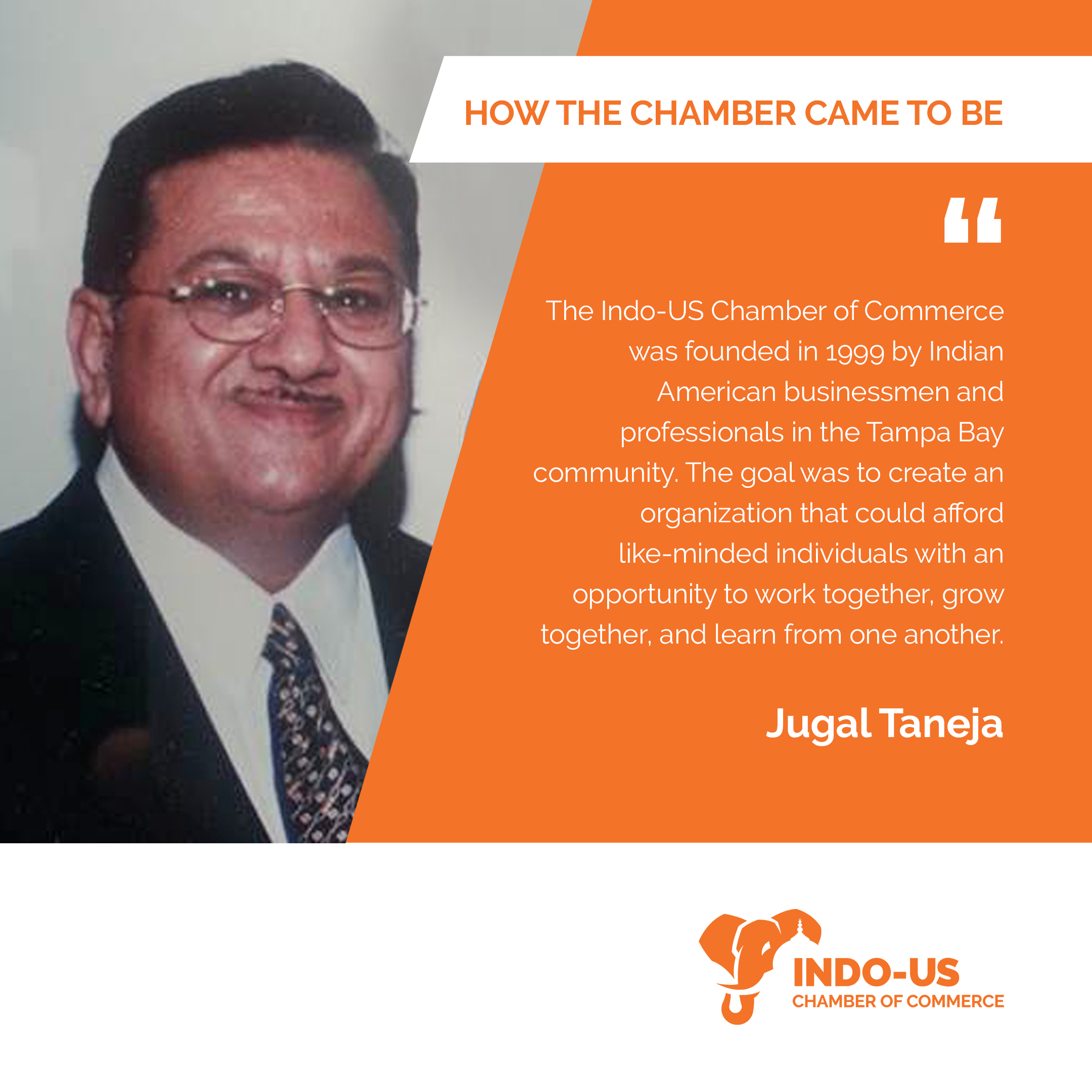